ContempraDance School consists of professional dance educators and performers experienced in every aspect of dance. Each member is unique to their approach to teaching while sharing their expertise in a very nurturing and caring environment. 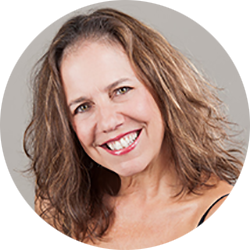 Gail is the director/owner of ContempraDance School. She is originally from Philadelphia where Ms. Vartanian began her training in Modern and Ballet under the direction of Brigitta Trombler and Meli Davis. She attended York University in Toronto where she was a Modern Dance major studying Cunningham, Graham, Horton and Limon techniques. Over the years she has had extensive Jazz Dance training with Eva vonGercsy, Robert Archard, Jo Jo Smith, Frank Hatchett, Luigi, and others.

Gail has performed in various Modern and Jazz dance companies such as City Center Dance Theater of Atlanta, Company Kaye, L’Image Dance Company of Miami, Palm Beach Ballet and her own company, ContempraDANCE Theatre. She was lead dancer and assistant choreographer with Miami’s Les Folles Theater Dance Review and also Resorts International’s “Le Cabaret” in Paradise Island, Bahamas and Atlantic City, New Jersey. She has also choreographed and performed in Andrea Lauren’s opening act for Salt ‘N’ Pepa in Florida. Margarita Von Bahr, Director of the National Ballet of Finland, invited Ms. Vartanian to compose the only Modern/Jazz solo for the International Gala Dance Festival in Finland. Her choreography has also been presented at the Colony Theater in Miami Beach, Florida, Poland and throughout the Philadelphia and Delaware area. Gail and her dancers were excited to be selected to be involved in a film documentary with singer/composer Michael Sembello dancing to his infamous Flashdance hit, “Maniac” The film was released in Spring 2013.

For the past thirty-five years, Gail has been teaching her own style of dance incorporating Modern, Jazz, Lyrical and Blues. Her classes are technically based, emphasizing physicality and musicality. Her students have performed for the President of the United States, numerous Broadway musicals, ballet companies worldwide, and Madonna’s touring company. Ms. Vartanian has taught in various cities such as Montreal, Atlanta, West Palm Beach, Miami and Philadelphia.

In 2015, Gail served as panelist on the 2015 Pennsylvania Partners in the Arts Advisory Panel for PPA’s Program Stream awards.

Gail is also the Artistic Director of the ContempraDANCE Theatre, a non-profit Modern/Jazz Dance Company she formed in 1990. Her highly acclaimed Company is based at the School, staging performances year round with original dance works. Please check out the website at:ContempraDance Theatre for more information.

Gail takes pride in her school and faculty and feels very blessed to be around such amazing and talented students every day.

Cion started dancing as soon as he could walk. He started with Salsa but quickly fell in love with Modern and Jazz. He went to Creative and Performing Arts High School as a dance major and became dance captain his senior year. He currently works at Sesame Place where he performs as a dancer for their various shows and parades. He recently just got a promotion from Sesame Place to an assistant supervisor for the entertainment department. He has performed in the Thanksgiving Day Parade numerous times and various Atlantic City gigs. He was a member in various dance companies throughout the city such as Grace Dance Theater and Danse4Nia, where he earned the title dance captain. He was a recipient of the Marion B. Anderson award in 2018. He also volunteers as a guest teacher for the Philadelphia school district and has choreographed for dancers throughout the city. He currently is a junior at Eastern University on a dance scholarship and pursuing an exercise science degree as a double major. 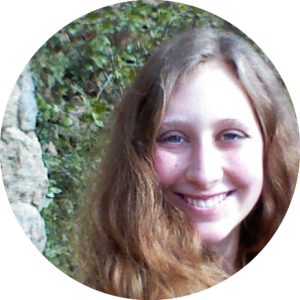 Laura has over 13 years of dancing experience. Her first love was ballet, but her interests have expanded to include modern (particularly the Graham technique), jazz, and lyrical. She is in her senior year at Eastern University where she is pursuing her B.A. in Dance. Laura has performed with the Soul 2 Sole, Littleton Youth Ballet, and Joyful Soles dance companies, and danced in Summer Intensives with Scarlett Wynne and Eric Sampson, Ad Deum, and Ballet Magnificant. Her choreographic works Anxiety Rebuked and Ekklesia have been performed in Eastern University’s dance concerts. She has performed as the White Witch in a production of The Lion, The Witch, and The Wardrobe. She began teaching in hich school and has loved it ever since. Laura is excited to join the Contempra family! 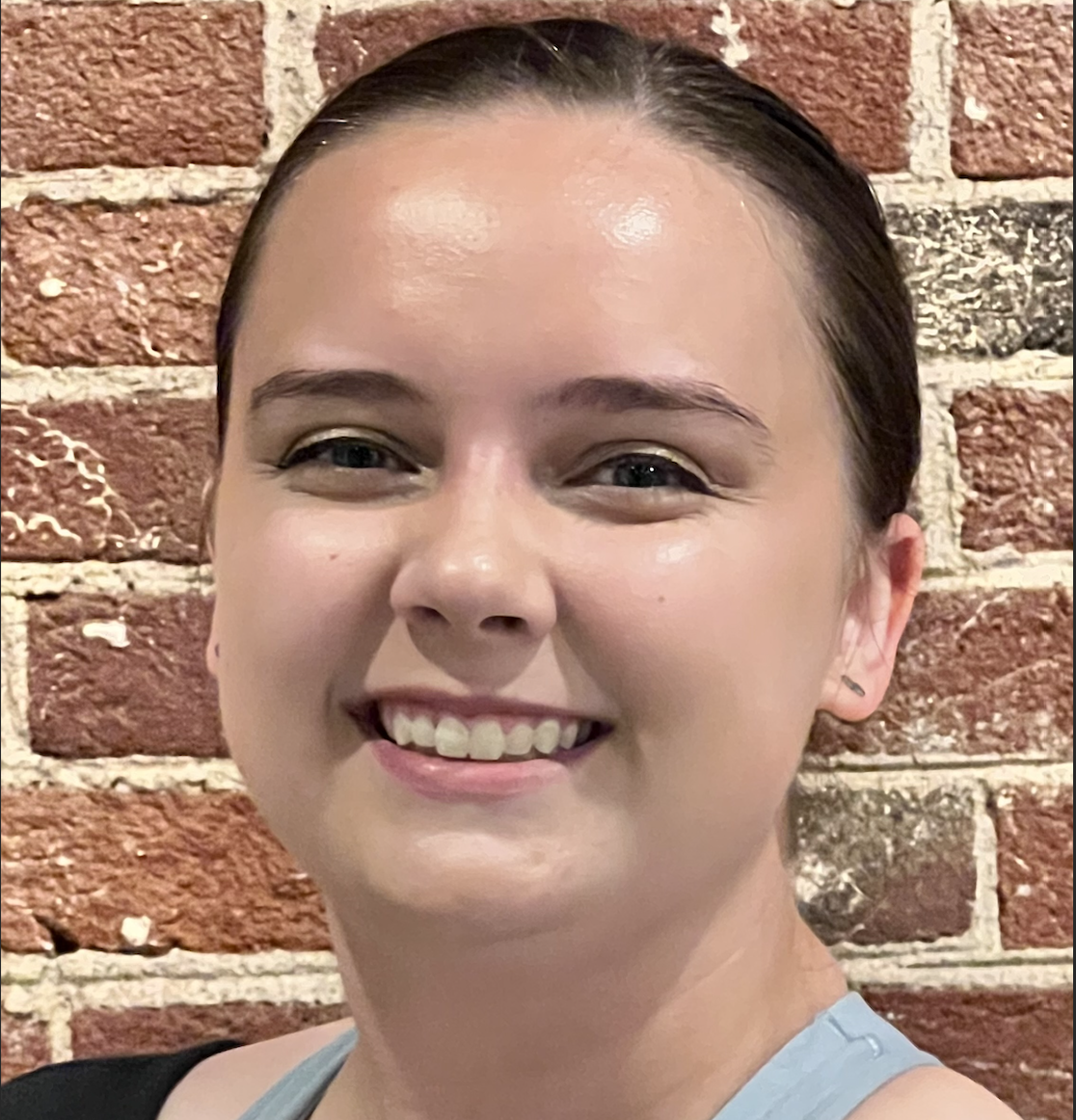 Jess began dancing at age 5 and really started to love it when she tried tap at age 10. She later explored more styles and has tried almost everything, but loves modern, contemporary, jazz, musical theatre, and tap the most. While Jess was studying for her duel major in fine arts and art education at Millersville University, she was a member of Expressions dance and served as the organization’s Modern teacher for 5 semesters. Along with Expressions, Jess worked as choreographer with the All Campus Musical Organization (ACMO) on two of its main stage productions: Anything Goes (2018), and Pippin (2019). She was awarded for excellence in choreography at the KCACTF for her work on Pippin. In addition to dance, Jess is an art teacher for the Consortium of the Arts program in Upper Merion Township and works as a paraprofessional helping autistic students in Upper Merion School District. Jess is autistic herself and it is her passion to help make the voices of her students heard. 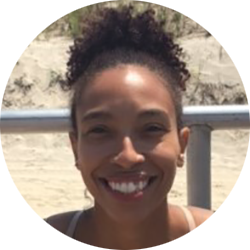 Tweety attended The Shipley School in Bryn Mawr, PA. Then continued her studies at West Chester University graduating with a BSEd. in Early Childhood Education. While Ms. Tweety was a Tap Dancer with Tap Team Two and Co. ( under the Direction of Robert F. Burden) she had the opportunity to work with Young Audiences of: PA, NJ, NY, MD, VA, and CONN., performing in various schools teaching the history of Tap Dance. Over the years, Ms. Tweety has had the honor of learning from many great teachers: Joseph Lee, Nini Brown, LaVaughn Robinson, Germaine Ingram, Robert Burden, Nicole Hockenberry, Germaine Salsberg, Jimmy Tate and the late “Great” Buster Brown. Ms. Tweety was the Executive Director of Raw Hoofin’ Youth Tap Ensemble for ten years. Ms. Tweety thanks her mom for introducing her to the Arts at a young age, to the Great Spirit/The Creator for ALWAYS being by her side, to my fabulously-wonderful students over the years…I thank you for your Tap Enthusiasm and dedication to the Arts! AND…to my two boys-Momma’s Little Tap Dancers-many hugs to you both! “What we have or what we do not have should never dictate the quality of our lives, or our capacity to simply enjoy.” -a Cherokee feast of days; Joyce Sequichie Hifler 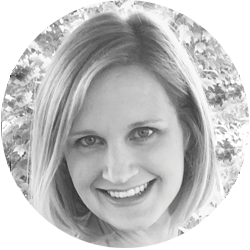 Margaret is originally from Hershey, Pennsylvania and studied dance primarily at Hershey School of Dance under the direction of Kelly Strange. She attended the Pennsylvania Governor’s School for the Arts as a ballet major her junior year in high school. In college, Margaret attended Slippery Rock University for one year as a dance major and was a member of the Dance Express Dance Team. Margaret later transferred to Pennsylvania State University and received a minor in Dance. While attending Penn State, Margaret was heavily involved in Orchesis Dance Company where she performed, choreographed, taught company classes, and acted as the elected treasurer. While living in Manhattan, Margaret continued her dance education at various dance schools including Steps on Broadway, Alvin Ailey Extension, and PMT Dance Studio as well as performed in the PMT Dance Studio Showcases. Margaret is a company member ContempraDance Theatre Company and the Andrea Mychaels Dance Project and has performed in the Koresh Artist Showcase as well as the Nickerson Rossi Dance Choreographic Residencies Showcase. Margaret currently resides in West Chester, PA with her husband and two young children. 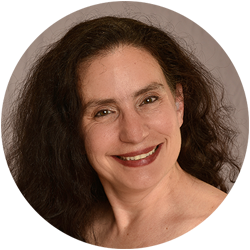 Beth Ann Rejonis has a BA in Dance and Drama from Bard College, NY and an MA in Dance/Movement Therapy from Drexel/Hahnemann University. Beth Ann began her dance training with the Swarthmore Ballet Theater where she learned ballet, Martha Graham and Horton modern techniques, and jazz. She continued in college where she added Limon, and Cunningham techniques as well as Hip Hop/Street Funk and Flamenco dance to her repertoire. Beth Ann has been teaching creative movement, modern, ballet, jazz and musical theater dance for over 25 years. She has choreographed and performed numerous original pieces in Philadelphia and New York. She has also choregraphed for a variety of children and adult musical theater productions including “The Music Man”, “Baby”, “Peter Pan”, and Charlie and the Chocolate Factory”. 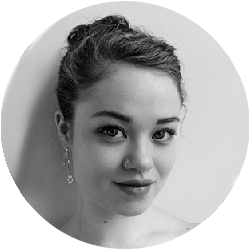 Sophia began dancing at the age of 3 and began training on a pre-professional level at 13. She started assisting teachers at age 11. Throughout high school she performed many leading roles at Skye Ballet Center in VA. She competed in YAGP and placed top twelve her senior year. She taught ballet classes at Skye Ballet Center, Thorne of Grace School of Dance, and Plies and Piques during high school. After high school, Sophia was a trainee with Nashville Ballet Company for two years. She was also hired as a teacher’s assistant, substitute teacher, and taught during summer camps. In April of 2019, she collaborated in the independent performance “Fine Lines Between” as a dancer and choreographer. Summer of 2019 Sophia guest taught ballet and modern at Skye Ballet Center. She has also worked as a choreographer for YAGP competition pieces. Sophia now studies kinesiology and dance at Eastern University. 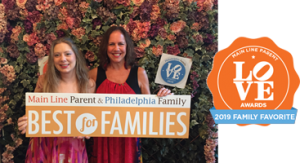